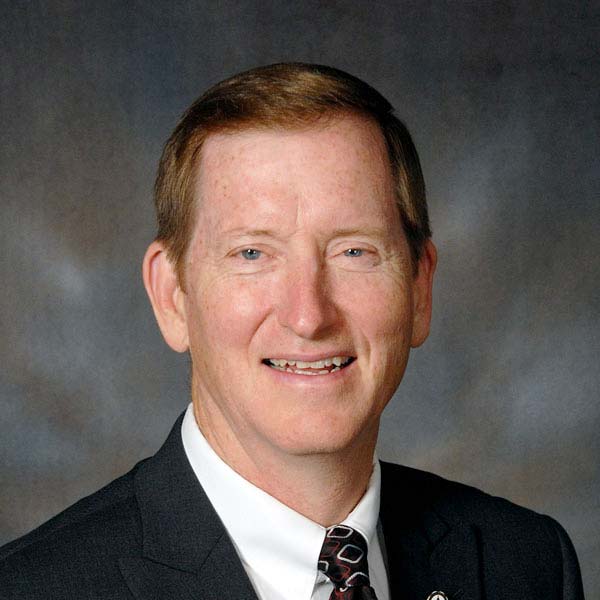 Dr. Daniel Anderson began his service at Appalachian Bible College in 1978. Upon his inauguration in 1983, he became the second president of the College since its founding in 1950.

Born and raised in Iowa, Dr. Anderson followed the lead of four older siblings by enrolling at Appalachian Bible Institute (now Appalachian Bible College) in Bradley, West Virginia. After achieving his three-year Bible/Theology diploma, he completed undergraduate studies at Faith Baptist Bible College in 1972. Marriage to his college sweetheart from ABI, Rosalie Welker, was followed by a move to Indiana, where he earned his Master of Divinity degree from Grace Theological Seminary. While studying at Grace, he served as a pastor at Grace Bible Church in Elkhart, where he was later ordained to the ministry.

Moving to Dallas, Texas, Dr. Anderson served as an Administrative Intern at Dallas Theological Seminary while earning his Master of Sacred Theology and Doctor of Theology degrees. The Andersons also served on the staff of Central Baptist Church in Mesquite, Texas during those years. Upon completion of doctoral classes, he joined the staff of Appalachian Bible College in 1978, where he served as Registrar, Instructor in Bible and History, Dean of Students and Assistant to the President, before his presidential inauguration in 1983.

For 18 years Dr. Anderson served the Association of Biblical Higher Education in various capacities, including a term as president. In addition, he has served on a variety of professional organizations such as the National Association of Independent Colleges and Universities, The Friends of Israel mission agency, and the Fellowship of Missions.

During his presidency, the College has undertaken a major campus development plan, building a gymnasium/conference center, a 26-unit married student housing complex, a guest lodge, a chapel/music hall, a residence hall, a maintenance facility, and The Servant Center, a facility providing a dining hall and student center amenities. The renovations of Pipkin Hall including the expansion of the John Van Puffelen Library and Administrative Offices were completed in October 2006 with a rededication of this historic facility. The completion of the campus development plan was achieved on September 29, 2009 with the dedication of Hoops Hall, a sixty-student residence hall.

Other accomplishments during his presidency include accreditation with the Higher Learning Commission, the development of the College’s strategic plan (Our Path for Servants), leadership of several international travel groups, a significant enrollment increase, and implementation of a graduate studies program.

In 2013, Dr. Anderson authored a book drawing upon his study of Jesus' own leadership style. Biblical Slave Leadership explores the high and holy calling of the servant of God.

The passion of Dr. Anderson’s life and ministry has centered upon nurturing servants for the fields of the world. The motto of ABC, Because Life is for Service, captures his heart.